Ray's J. Northwestern California University School of Law provides the potential student with the ability to study law, on a part time basis, for a period of four years.

If that student is successful with passing the California General Bar, they may find that they can take other states bar exams from almost immediately to three, four, five and ten years out from initially being admitted in California. NWCULaw allows the successful student to enter into the field of law for a very affordable price.

For the incredible savings, the successful graduate is limited to where they can practice law initially. As stated, after a period of ten years, most jurisdictions open up and become available to all NWCULaw graduates to sit for a bar exam after having practiced in California or other jurisdictions.

Some require that the prospect be admitted to the Federal or highest court in a jurisdiction where they are already admitted, but the doors open over time. I specifically chose Northwestern California University School of Law because they provide the opportunity to sit for the California General Bar Exam upon completion of the program and meeting other California Bar Requirements. This process opens the door to a solid number of jurisdictions at an excellent price point.

I want to make an update note here July of I did not do any deep research into it - they have this right on their website. You would have to look it over in fine detail to determine if it is right for you.

The results came out in mid December , and I immediately restarted my 2L year. In January , I started my 3L year. I am much further along in where I want to be than in any previous year, so I am rather hopeful that I won't fail any Final Exams, and I actually score somewhat decent grades.

Update, January : I actually scored a slight increase to my participation extra credit, one full grade level on the Final Exams. I also needed that.

I do not write the essays well, and it is a situation that I must improve upon greatly in order to be successful in the 4L year, and on the Bar Exam later on.

Here is the thing on law study and the exams, including the Bar Exam, they are not real, they are exams. I need to develop the skills necessary to allow a grader to decide my fate on each Essay and Performance Test and give me the nod of approval in less than ten minutes of their time.

I am not quite there yet. However, that said, I am able to identify the major issues in each essay that I have written up badly. I must be able to spot those major issues, and spit up a decent enough answer that gives the impression that I have a basic understanding of what I need to know. In the three years of law study I have completed, I am a borderline failure on that aspect of it.

I will try to develop that skill enough this year to give myself a better chance on the first attempt at the Bar Exam in February , but should I fail the exam - even a number of times - I will use it as the learning experience that it is, and I will analyze what I did wrong, take corrective action, and try again.

Moreover, I will share what I learn, so that others coming through the process behind me can learn from whatever mistakes I might make - and pass the General Bar Exam sooner, rather than later. I expect to be successful in my 4L year, graduate in January , and sit for the California Bar in February The primary point of this page is that Northwestern California University School of Law, NWCULaw, allowed me the opportunity to partake in the study of law, earn a Juris Doctor degree, at a very reasonable price point, and score the opportunity to sit for the California Bar Exam.

This is arguably the most difficult bar exam to pass in the nation, and although it migrated from three days to two, the pass rate has not improved.

That said, there really was no other program, anywhere, that I could have used to complete my study of law, at any price, and for that, I am very thankful for the opportunity that NWCULaw has given to me - simply by being available!

Going forward, I have a feeling that I have a duty to those who come up through the program behind me to sit for, and pass, the California Bar Exam, this is my goal, and what I am working on since graduation.

Moreover, I will nwcu law what I learn, so nwcu law others coming through the process behind me can learn from whatever mistakes I might make - and pass the General Bar Exam sooner, rather than later. If you believe your post was filtered and is still not approved after 24 hours, feel free to send a message to the mods. This process opens the door to a solid number of jurisdictions at an excellent price point. Thank you! For god's sake don't go abroad. 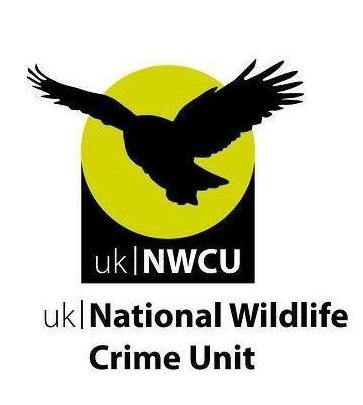